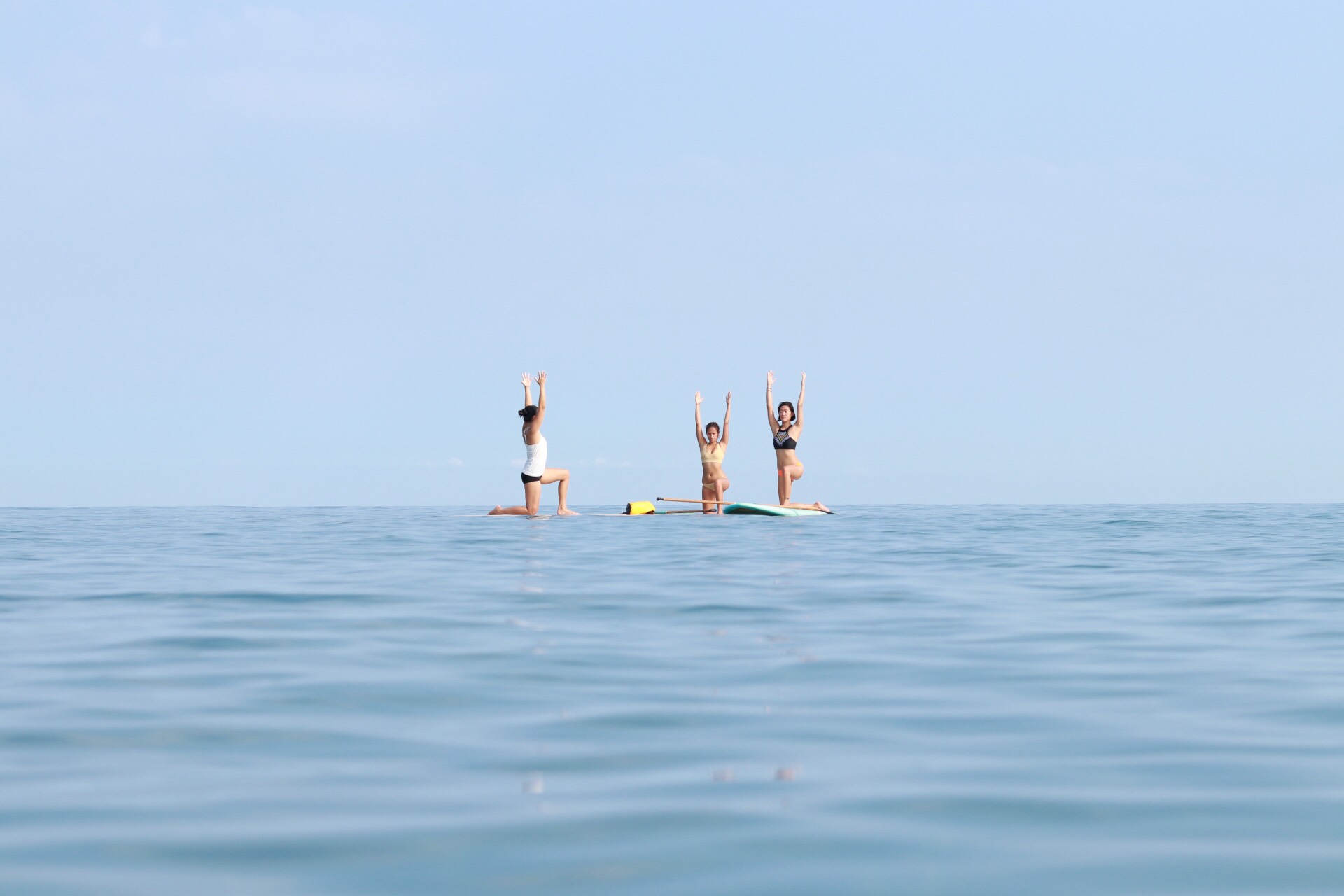 Lalah has always been fascinated by the sea, especially when she started surfing in 2002. It was in 2010, when she started teaching yoga, did it occur to her that she can combine both of her passions in surfing and yoga in SUP Yoga. It became her dream and worked for it until in 2016, when she finally got the boards, did she decide to move to La Union to start Aquanimous Yoga.

La Union wasn’t part of the plan as she was supposed to establish Aquanimous Yoga in Manila. But the pledge to live her truth and to build a life she didn’t need a vacation from was a far more louder cry than anything else. She was able to solidify her program there, but even though life on the beach was cleansing it became too abrasive. After 2 years she went back to Manila where Makati Shangri-La offered their space to be her studio. In June 2020, Lalah became an ambassador of the International SUP Yoga Academy (ISYA) and an accredited ISYA Master Trainer in September 2021. Aquanimous Yoga is now an ISYA SUP Yoga Training Centre and a Yoga Alliance Continuing Education Provider (YACEP). We are setting the benchmark for SUP Yoga education and SUP Yoga safety standards in the Philippines and abroad.

Her journey hasn’t been easy but she believes that we are the creators of what we see, and breath is the doorway to it all. May our practice give us time and space to simply be ourselves. May we everyday re-member the beauty and power that we are, and may we real-eyes that what we truly seek is always right here, NOW.